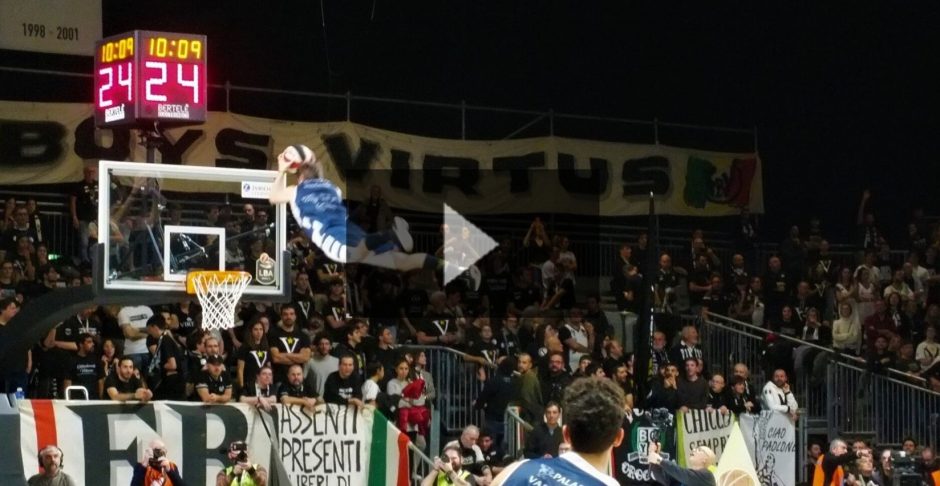 Bologna, 29th of December 2019 –  During the basketball match Virtus Segafredo Bologna against Armani Exchange Olimpia Milano, the eyes of the 8000 spectators were glued to the court to follow the development of the game and to admire the ground-to-air evolutions of spectacular dunkers.

The challenge was launched to Màgina by Palazzo of Varignana, one of the sponsors of Virtus Segafredo.

The objective was to engage with the interest of the audience thanks to a captivating performance during the half time of the match to communicate the brand of Palazzo of Varignana.

The result was so very well accomplished that the people on the bleachers became the stars of the game, with a conclusive epic acrobatic dunk!