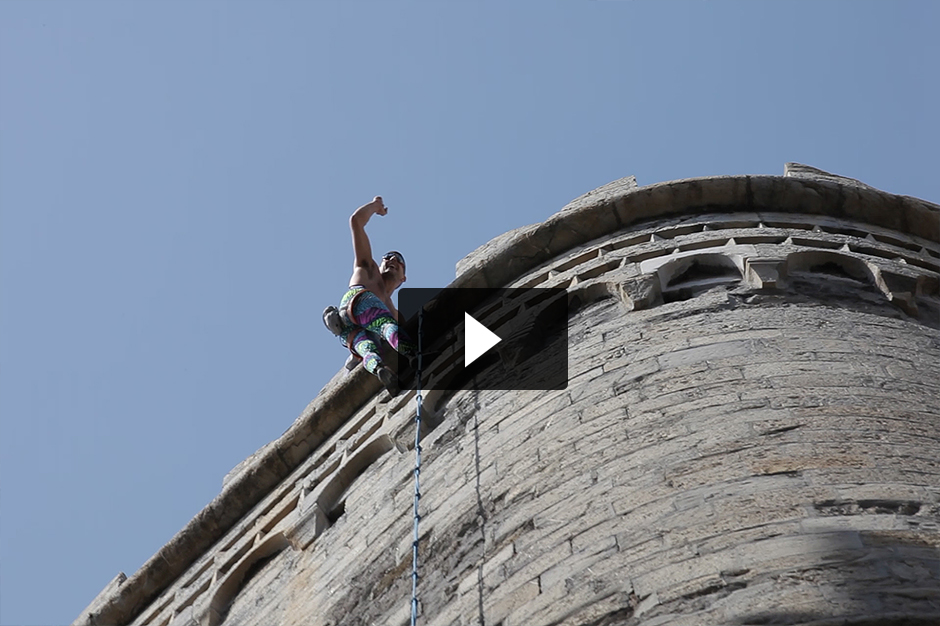 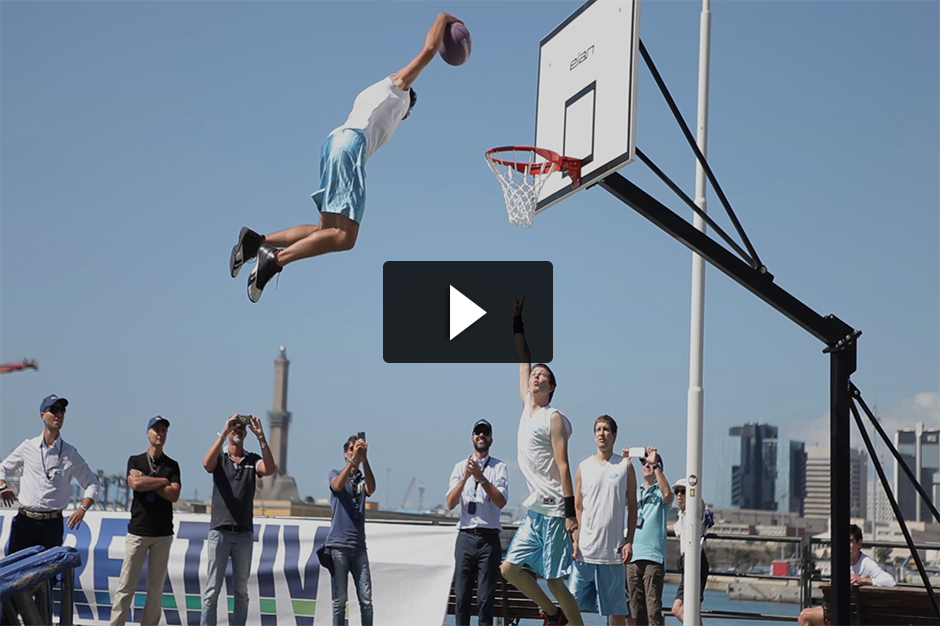 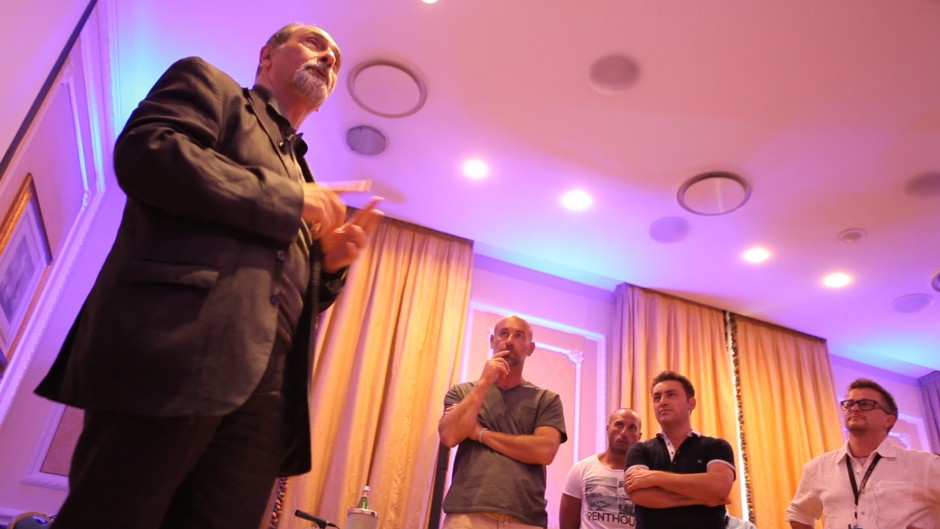 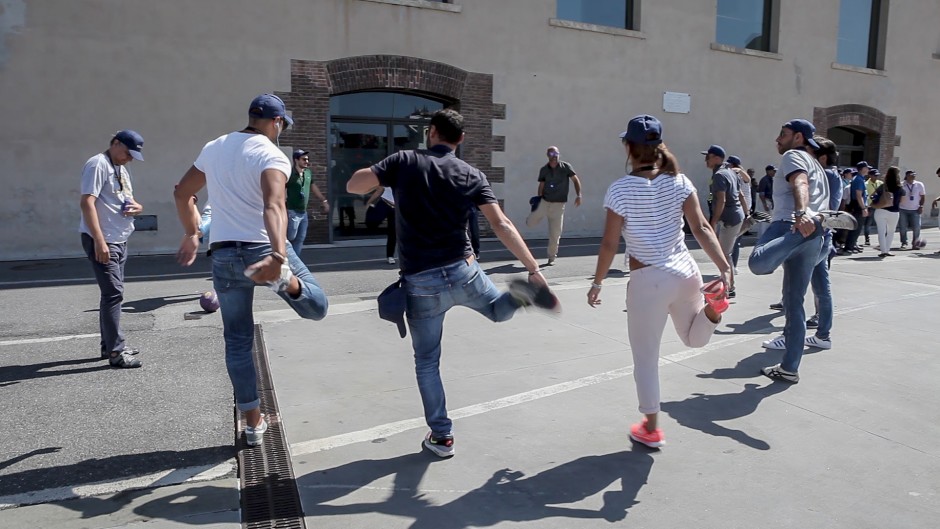 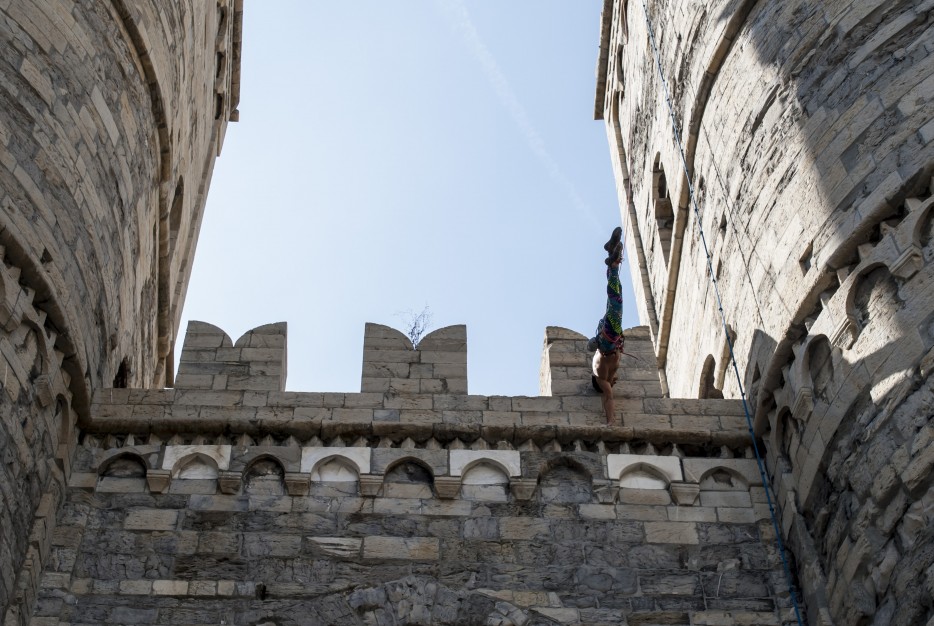 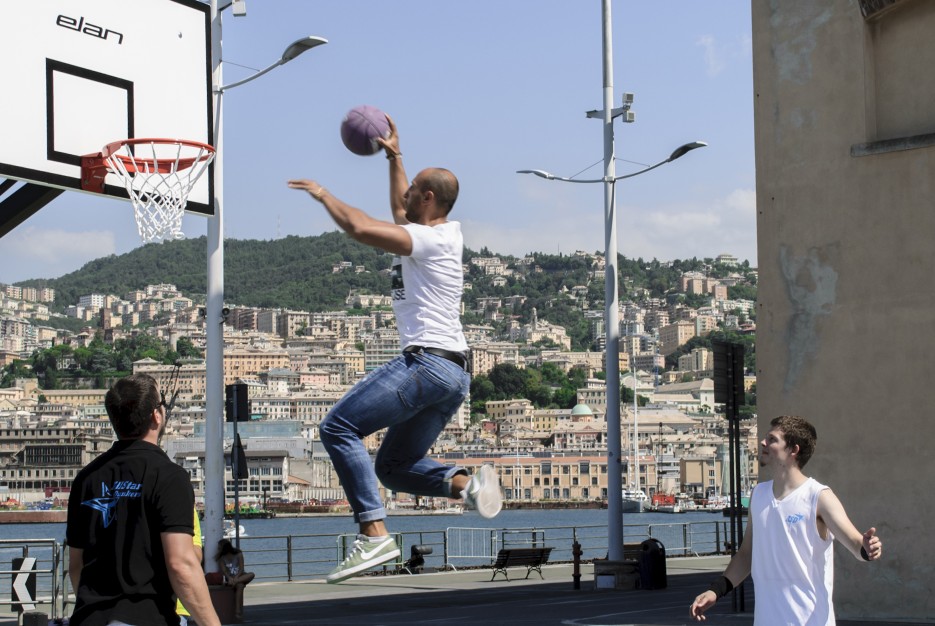 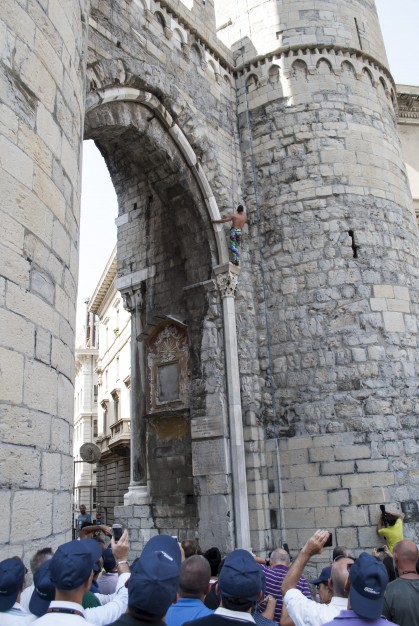 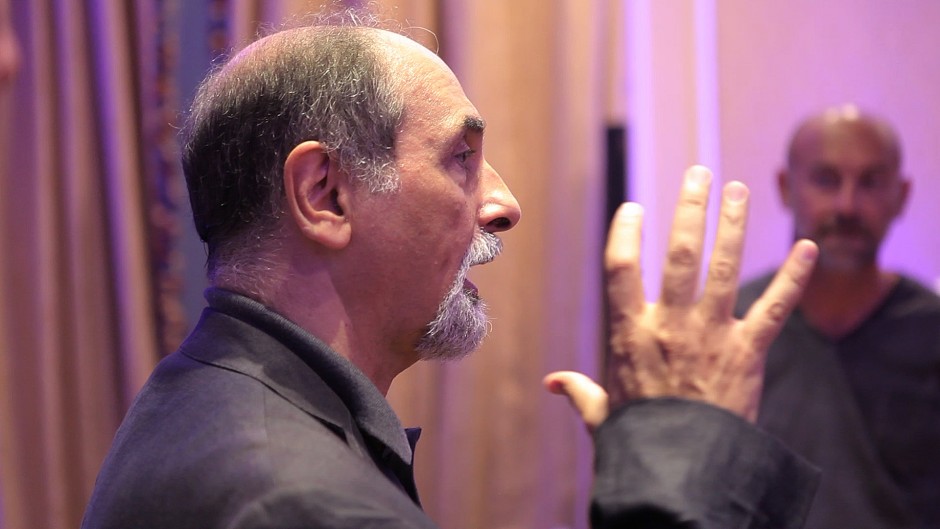 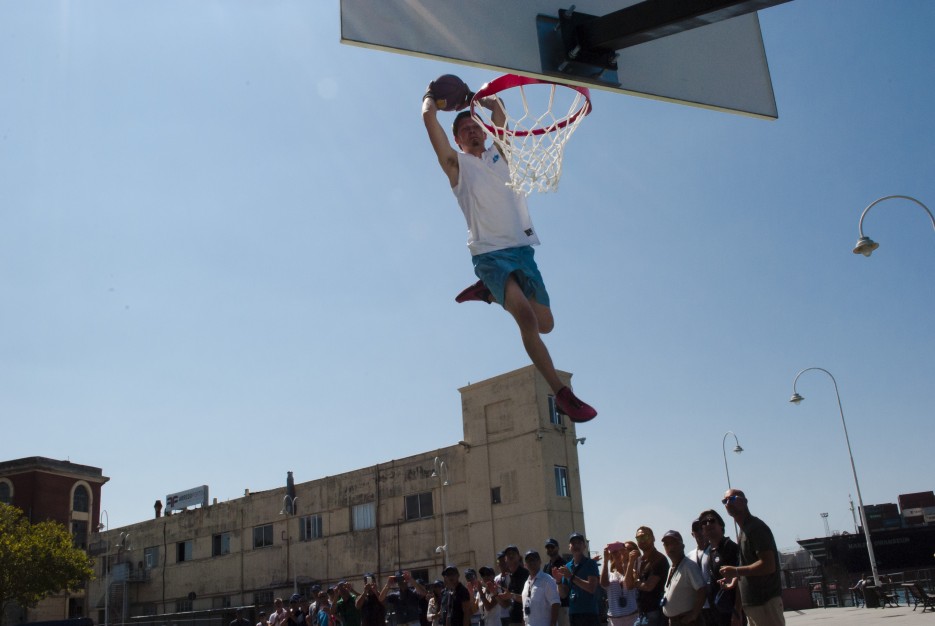 An extraordinary event, under the banner of a perfect physical shape

In Genoa, we organised an extraordinary event for the launch of a pharmaceutical company’s  innovative communication project (specialized online magazine).

The event saw the participation of 60 company employees, who were treated to a thrilling experience, riveting moments and life-changing emotions.

In the course of the first part, each guest was provided with cutting-edge tools (approccio 2.0) to immerse themselves in the world of Augmented Reality.

Then the guests were provided with an audio guide, which accompanied them up until their meeting with a very special guest: Umberto Guidoni. The astronaut told the participants about his experience, his missions, his preparation and his body’s reaction to the condition of zero gravity.

The next venue was the Ancient Harbour of Genoa, where the guests enjoyed a show by the Crazy Dunkers, a renowned French team of stuntmen, who performed breathtaking basketball acrobatics in a court set up for the occasion in the Calata Gadda expanse.

Leaving the Ancient Harbour participants reached Porta Soprana, where the international free climber Tazio Gavioli climbed up the side of one of the two 31 metres-high towers. He did so with bare hands and feet, accomplishing an unprecedented feat, before a thrilled audience of journalists and on-lookers who had gathered to witness the event.

In the late afternoon, a healthy drinks expert explained the properties of foods and vegetables, the importance of cold pressing, and prepared special drinks which lead to a pleasurable tasting session.

The day was a journey to the discovery of the human body in a multiplicity of conditions: physical activity, extreme motion and health; all according to the principles of wellbeing.

At the end of the day an artist painted two javelin throwers on two Plexiglas cylinders. The participants were then invited to leave their own mark on the cylinders, their own artistic sign reflecting what the convention had meant to them and what they had learned.

The event, planned for the launch of the company’s innovative communication project, could not have been more impressive, diversified and emotionally powerful. Each and every participant was able to gain a deep understanding of the meaning of the project, therefore also enriching their day to day lives.