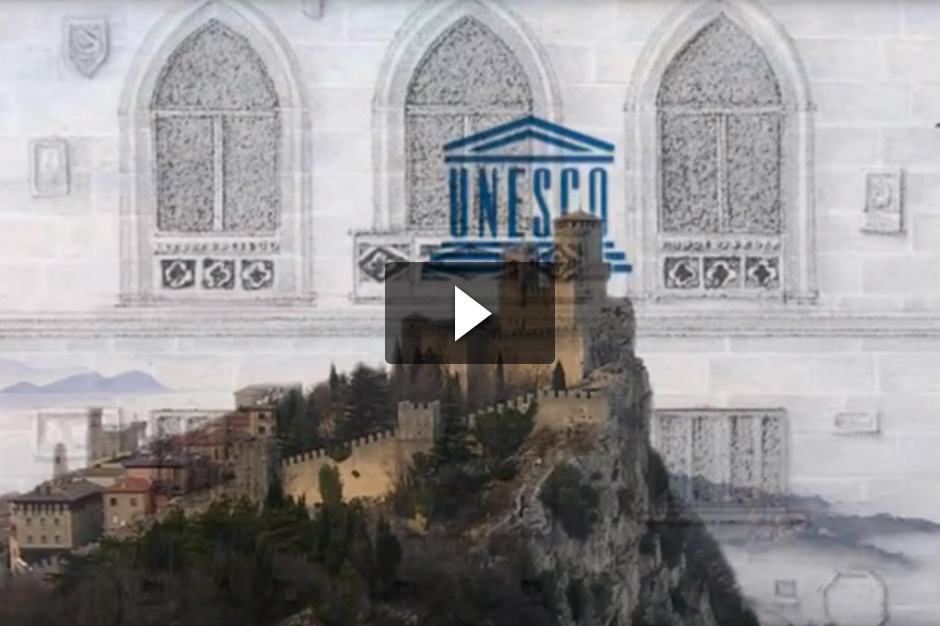 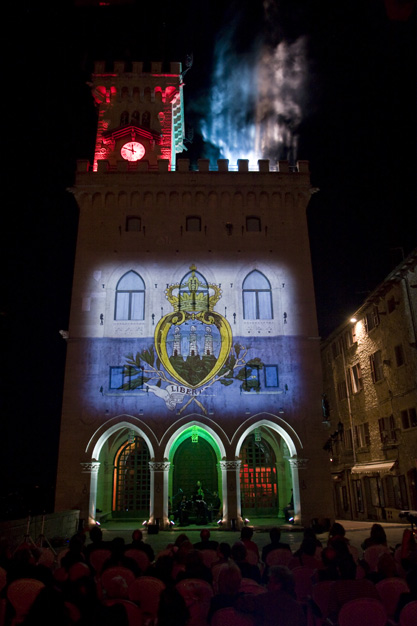 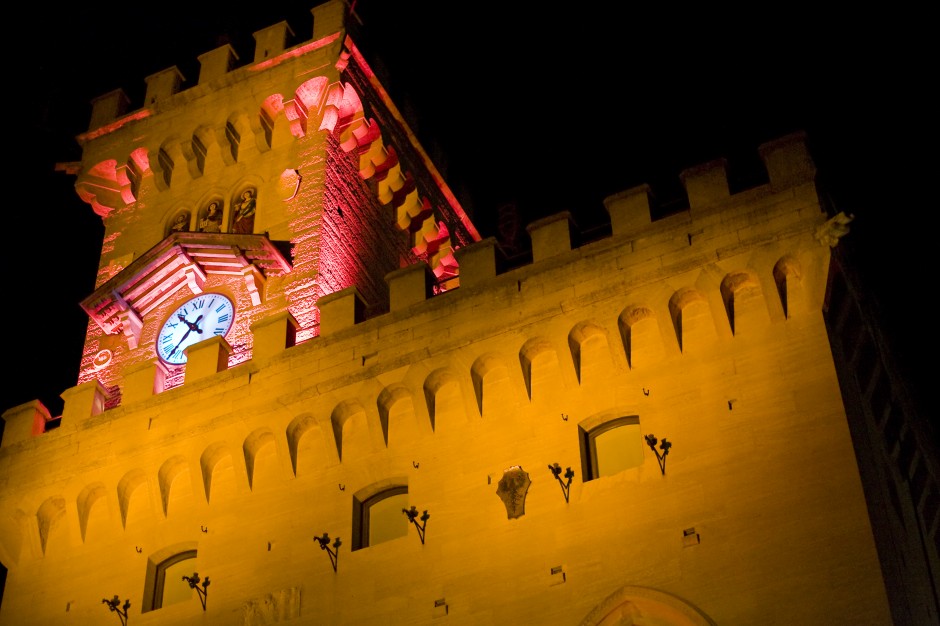 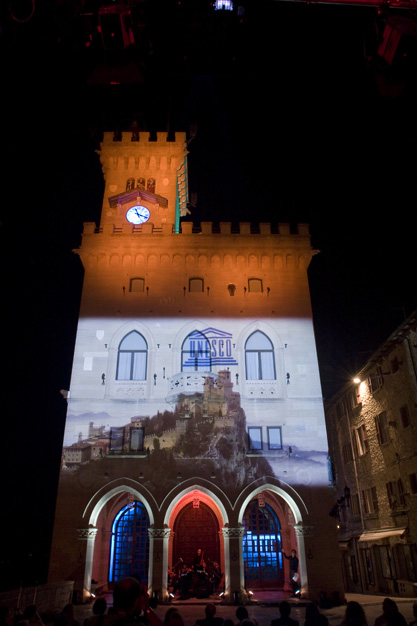 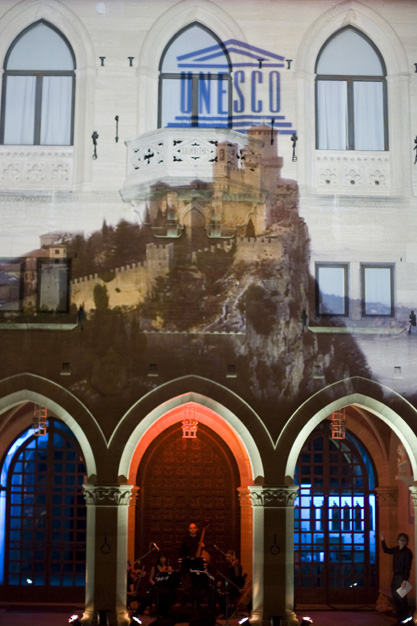 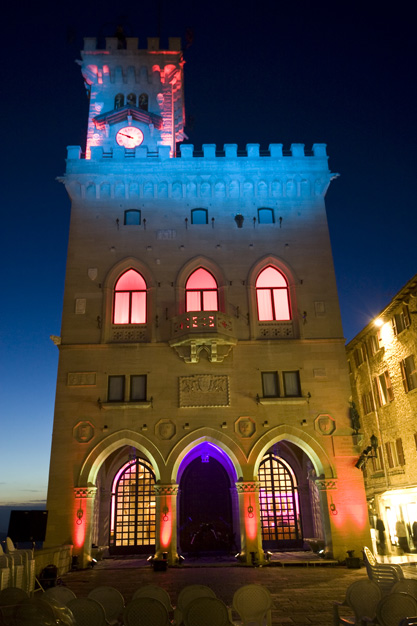 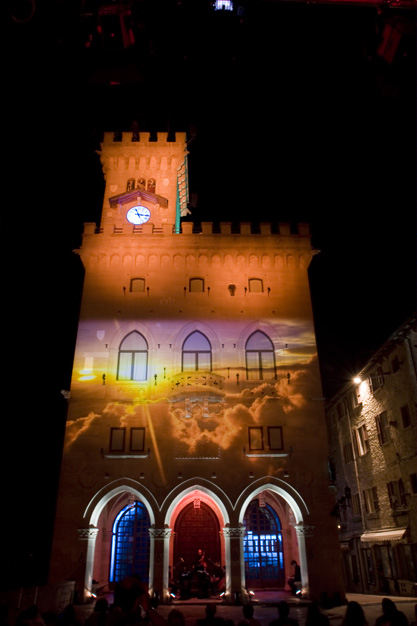 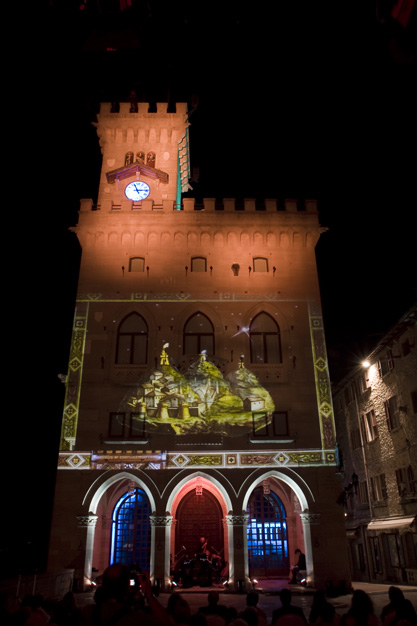 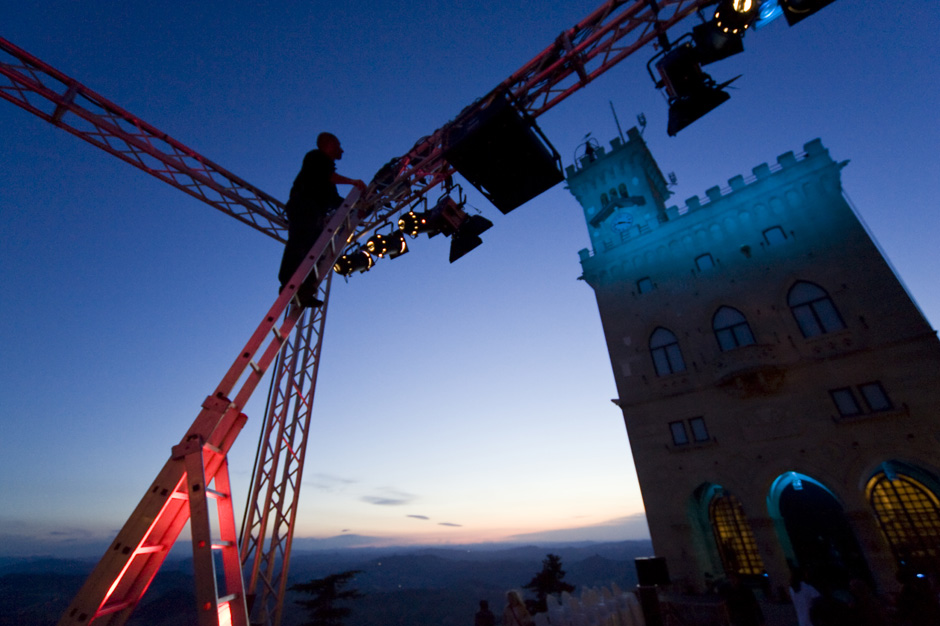 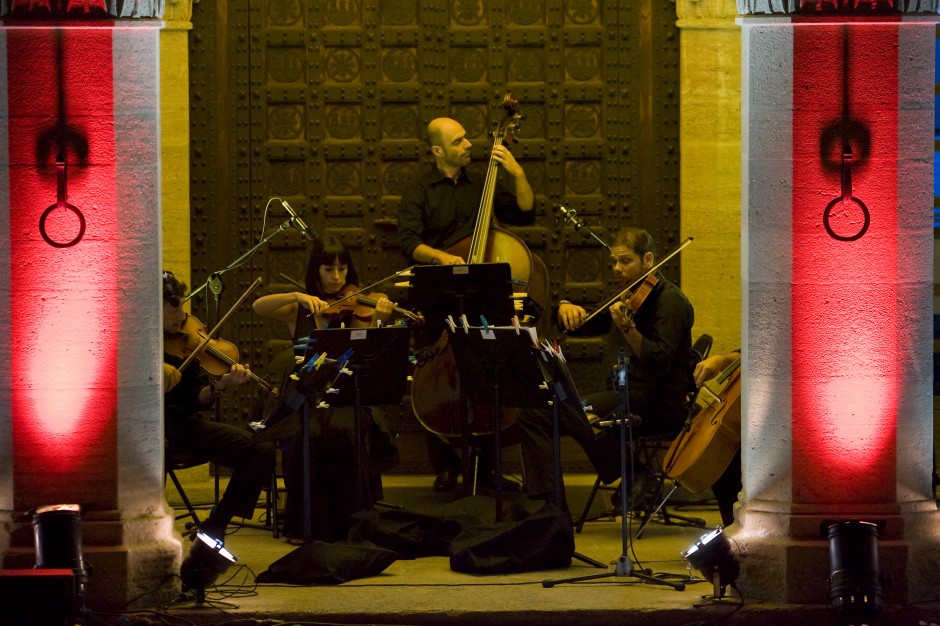 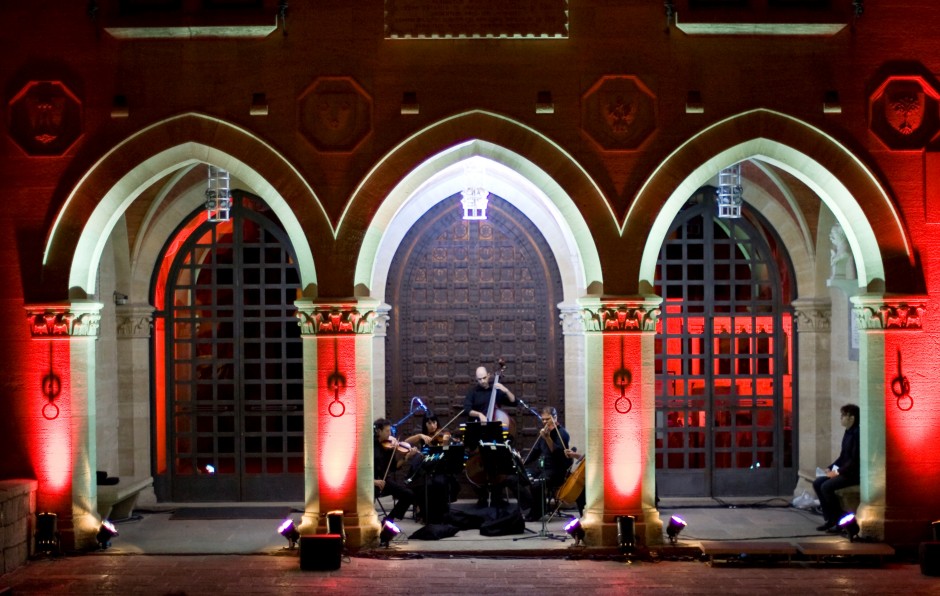 The mountain tells its story

On July 7th 2009, the Republic of San Marino celebrated its recent inclusion in the UNESCO list of World Heritage Sites.
Mount Titano, the mountain on which San Marino stands, came alive to give a firsthand narration of its origins and to trace the story of the fundamental moments of the republic’s extraordinary adventure, totally dedicated to the guiding principle of liberty, in an event dedicated above all to its citizens, today the custodians of a “universal value” and witnesses to “a living cultural tradition”.

For the first time, given the importance of the celebration, permission was granted to use the Government Palace as the backdrop for a sophisticated videographics project, in which the story itself was constructed by the images projected onto the building during the narration delivered by the personification of Mount Titano, accompanied by a soundtrack composed specifically for the occasion.

It was just as remarkable that an event like this was dedicated primarily to the republic’s citizens, helping them to reinforce their sense of belonging and the value of tradition, thus inspiring them with renewed motivation in the face of a time of such economic difficulties.
This important narrative project was repeated in 2010, and its continuationis is currently planned at annual intervals.