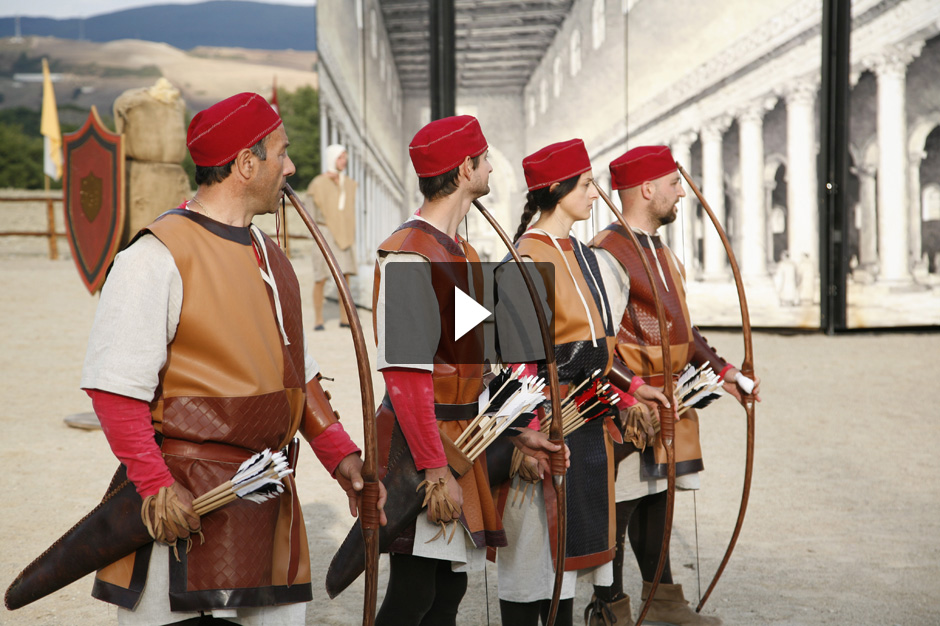 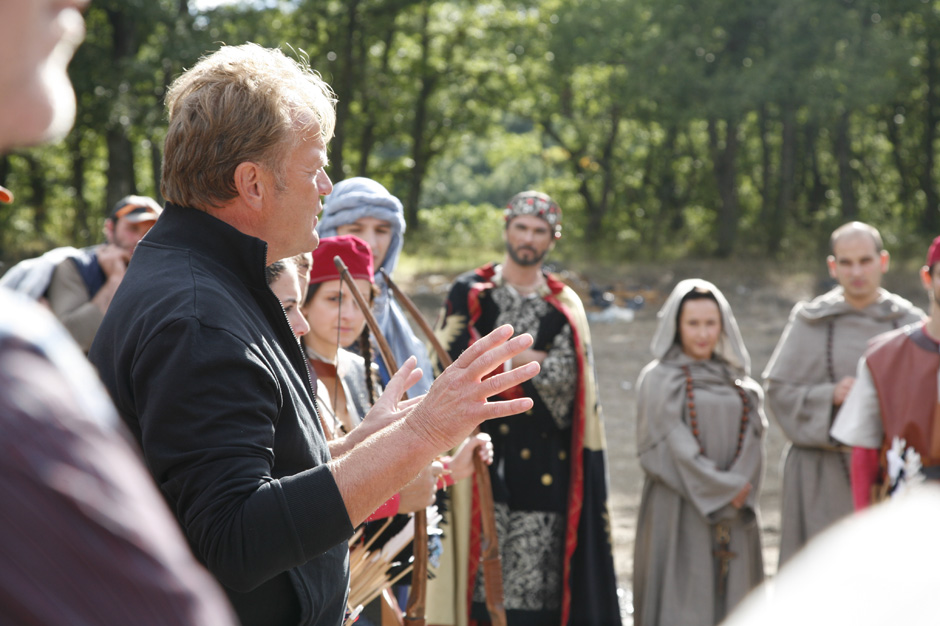 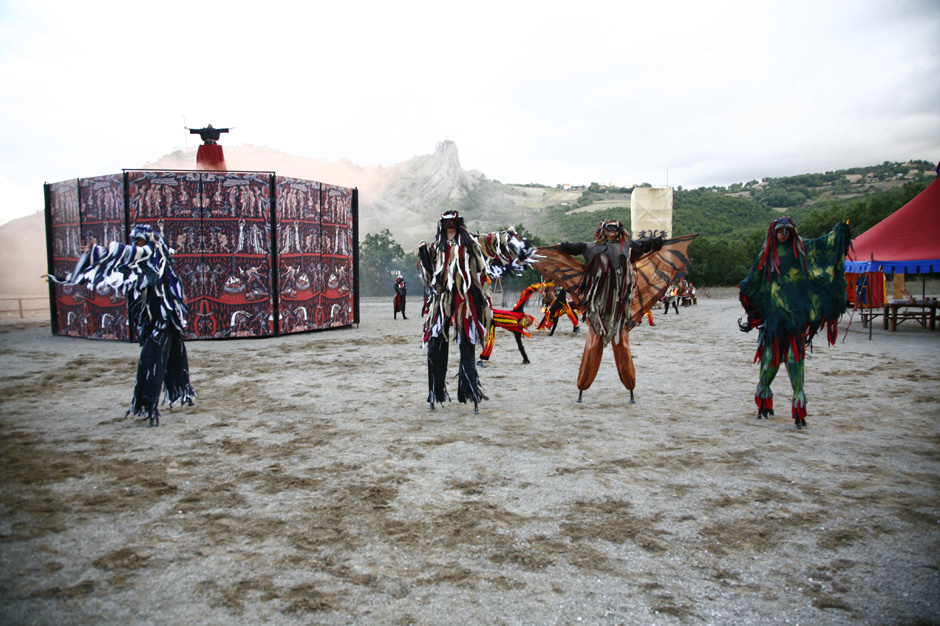 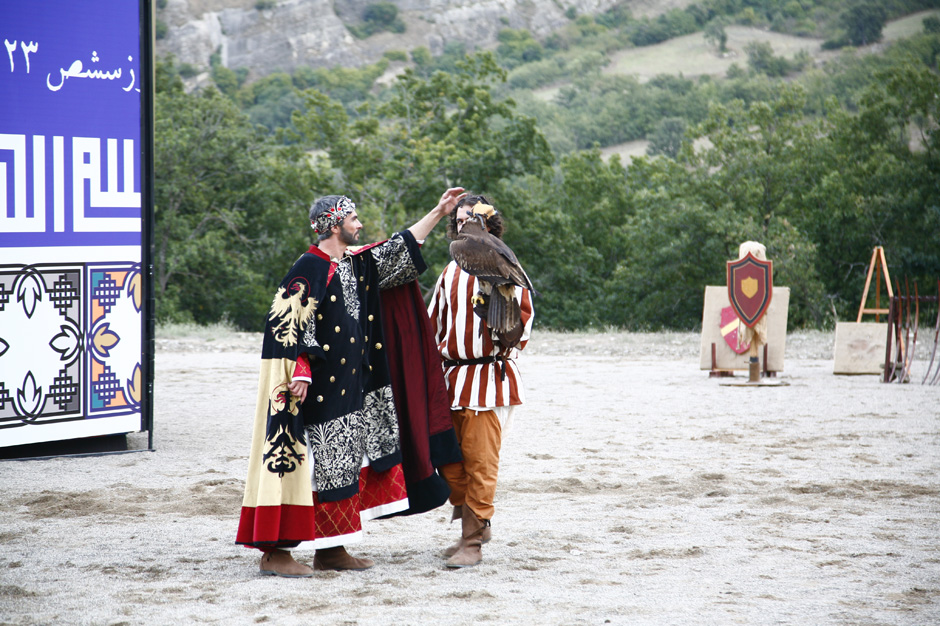 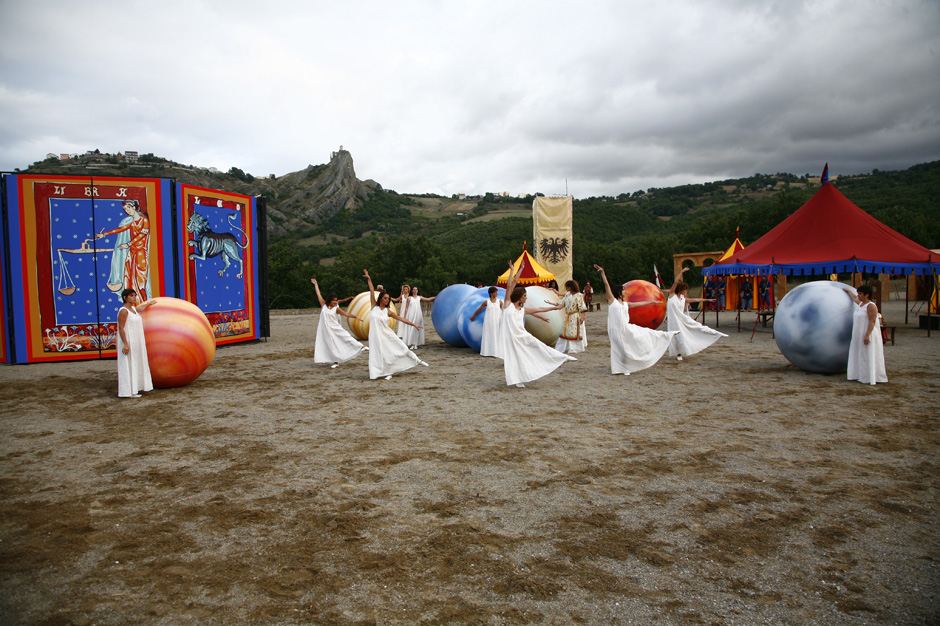 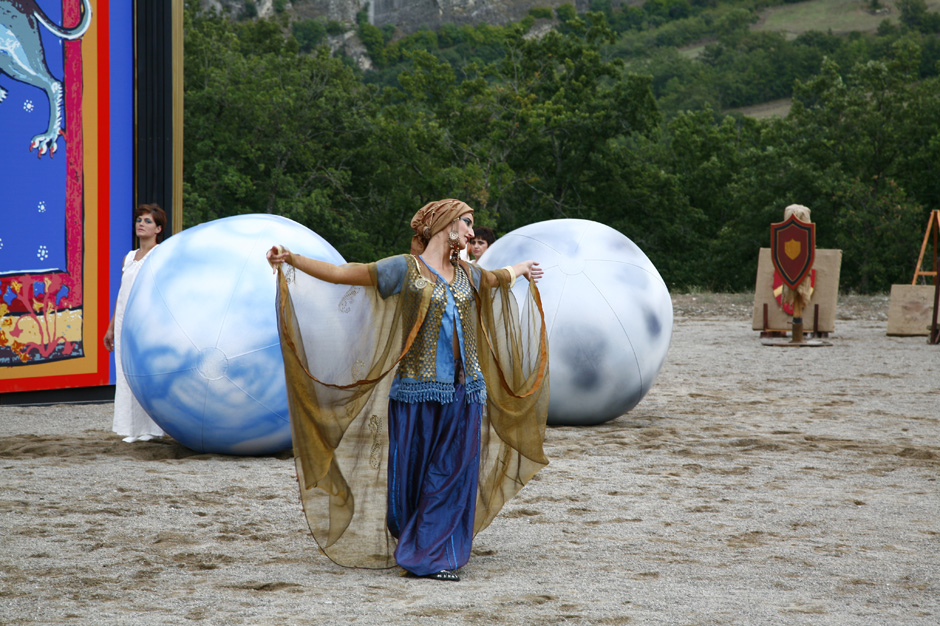 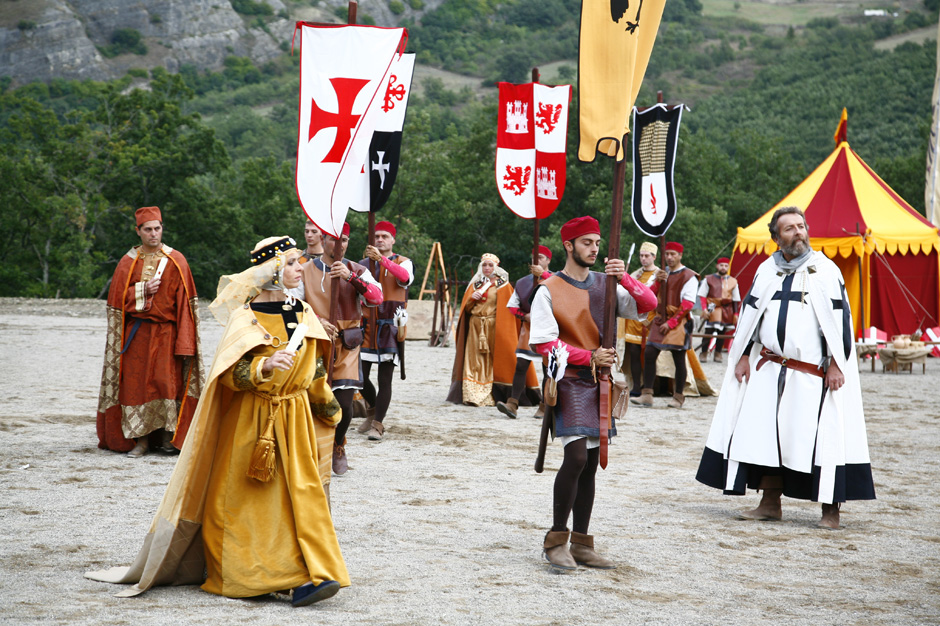 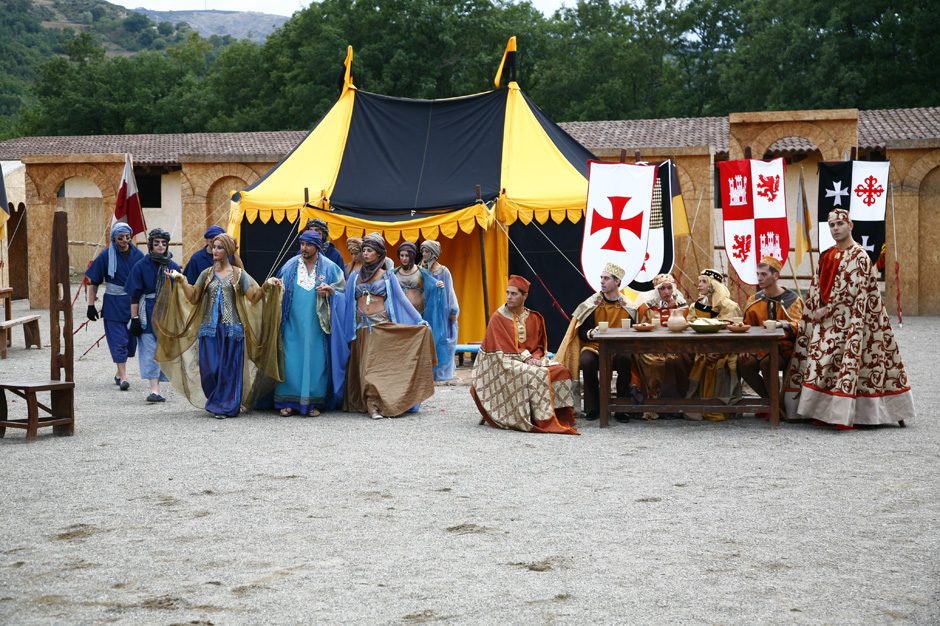 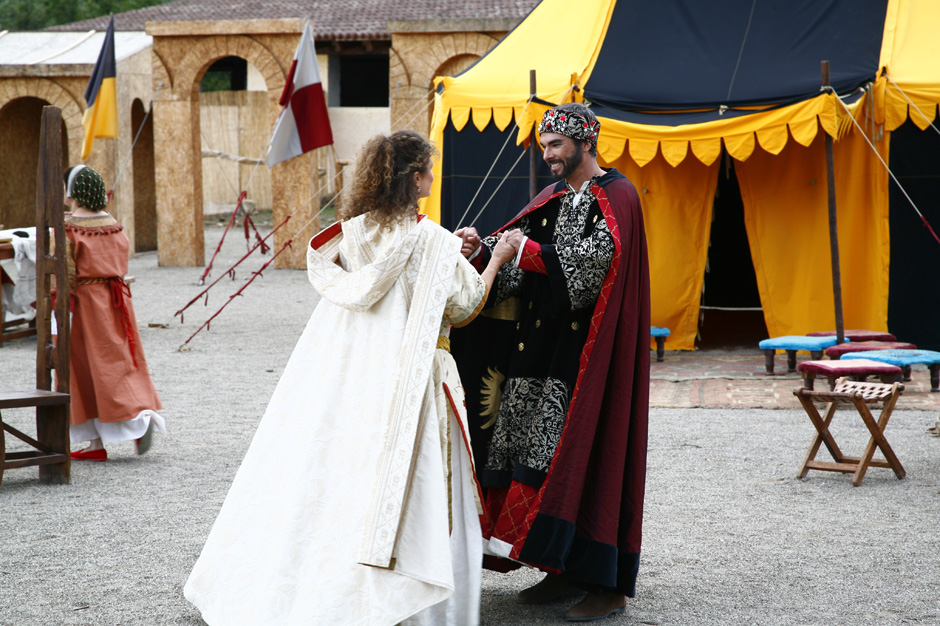 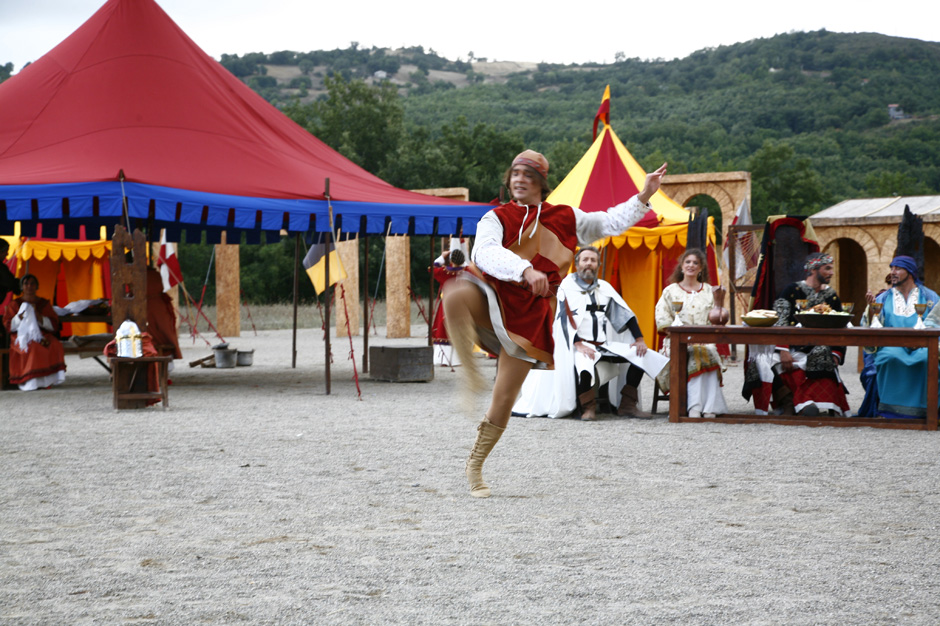 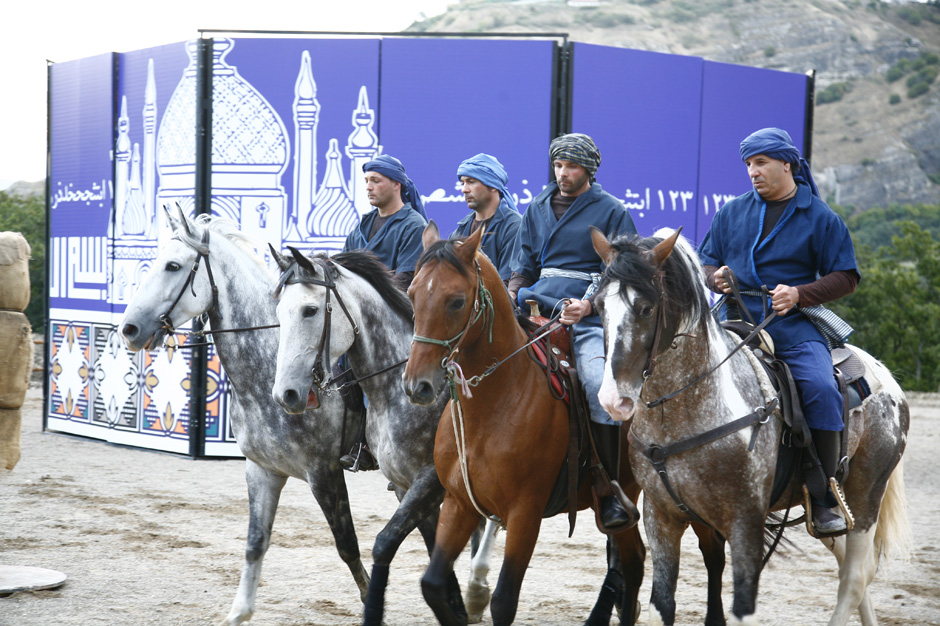 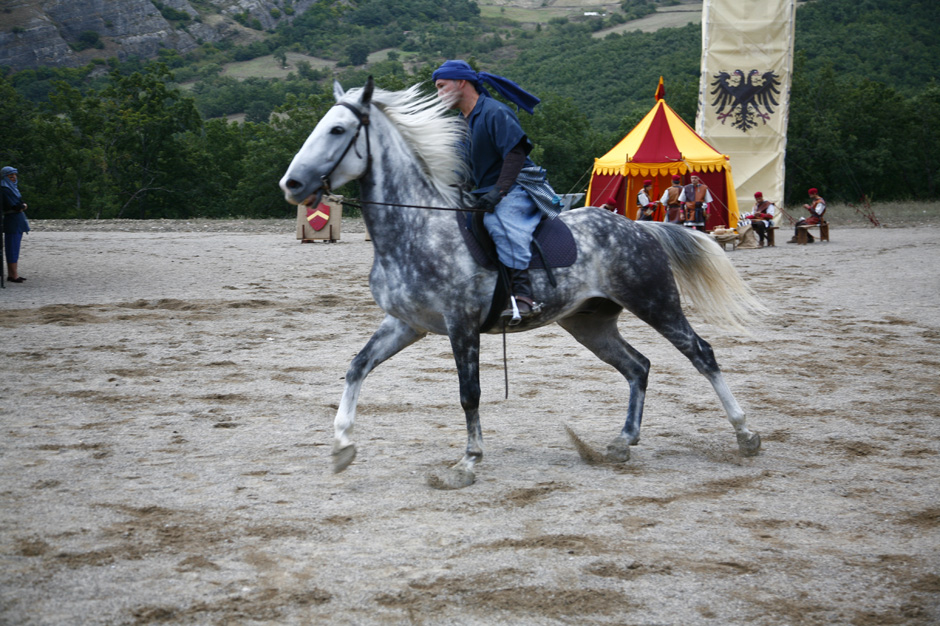 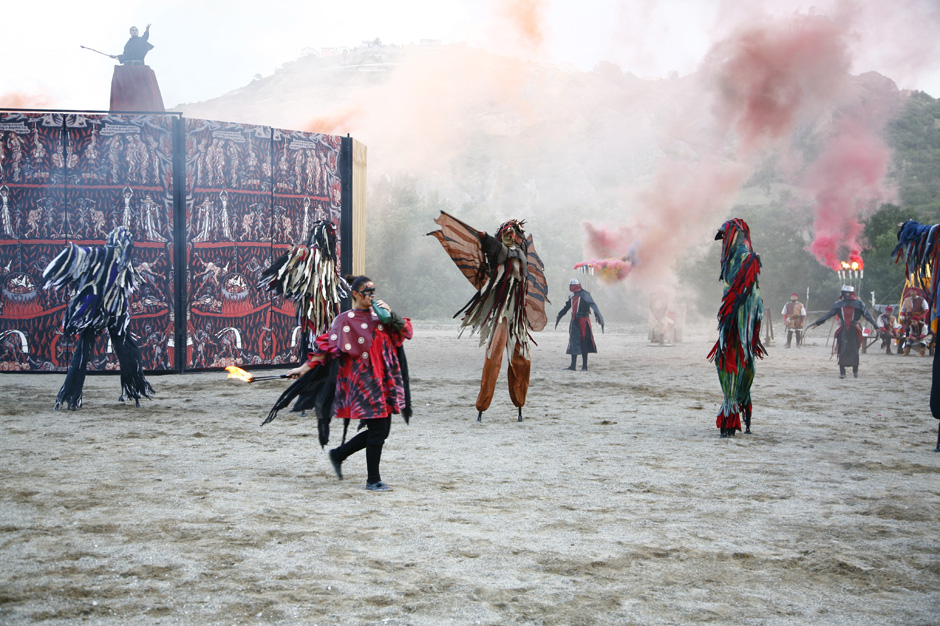 The Grancia Natural Park in Basilicata became the setting for an important historical re-enactment focusing on the figure of Frederick II of Swabia. Historical research carried out in close collaboration with Professor Cosimo Damiano Fonseca, a major expert on Frederick II, allowed us to recreate a particular moment spent by the great sovereign in this area, which was of considerable significance to him from the human viewpoint, since it was precisely to Lagopesole that he returned after his triumph in the Sixth Crusade, the only one that terminated not in battle and bloodshed but in an act of diplomatic negotiation.

It was exactly this message, with its wealth of positive values, that we chose to transmit with this project, bringing extraordinary results to the community.
The entire performance, in fact, was staged with the direct participation of local residents, ranging from 4 to 70 years of age, who were accompanied and assisted for many months by theatrical experts, scenery designers, professional directors and actors, acrobats and theatre specialists who helped them develop new professional skills.
This was one of the most significant components of the entire project, as almost 150 people learnt how to mount an entire performance event, starting from scratch. For this first edition, their work was complemented by professional actors Alessandro Haber and Giuliana De Sio, who provided narrations.

The first performance was held on 4 September 2010, in the presence of the president and other officials of the Basilicata Region, and broadcast live on SKY. The project was devised as an event that can be held regularly as part of the activities of the Grancia History Park (PZ).

Action
The preparation for the event brought together 150 people of all ages from the local provinces of Basilicata, who followed professional training workshops in acting, dance, acrobatics, archery, sword fencing, scenery construction and costume tailoring for over six months.
Value
In dedicating their efforts to the creation and staging of a performance event of such significant dimensions, participants learnt, collaborated and came to understand how they could better use their talents to their own advantage.
The time that everyone involved invested in learning an art, skill or craft was transformed into a precious asset, a resource that for many participants became an important new job opportunity.